I have been obsessed with business and entrepreneurship all my life.

From an early age I had ideas and side businesses or “hustles” so I could successfully make money to help my mom with the groceries buy Nintendo video games.

It was around when I was in my early 20s or so that my brother and I were one time joking around about “how cool it would be to sell stuff online”—and I am talking about back in the now prehistoric years of 2002-2004 or somewhere around that time!

I believe it was a few years later that I decided it was time to “play the big leagues” and went to the bank and got myself a $3,000 loan—I guess they didn’t trust this face for more!

I went ahead and bought a bunch of used video game consoles and with that I began my first “official” business selling them on eBay for profit. I pretty much thought this was going to be me within a few months:

Little did I know that I was not going to make a dime and it was hard as fuck to sell those pieces of junk: thank you Liquidation.com!

In 2008 I quit my last, boring, I-ate-too-many-burritos-during-lunch-time corporate job, and with about $2,500 to my name—if my mind does not fail me, I started the business I still run today*.

The Gods have been on my side (thank you, really).

Despite all the success I’ve had, I have always had that same “it would be cool to sell (tangible) stuff online” thought in the back of my mind and it wasn’t until I began to work with eCommerce exclusively back in early 2019 that I realized it was time to make my dream a reality.

*Started as a web design company but morphed into a lot more over the years!

I believe it was sometime around mid-2018 when I shared with my brother during one of our WhatsApp conversations about “this crazy idea” I had.

I wanted to combine my obsession with Japan and eCommerce: to create a clothing line that would emphasize on funny or irreverent designs based on Japanese culture and writing.

We call it Atomic Atsuki and it is what we are working on (here’s a preview of the homepage):

What the Future Holds

Even though I have put a lot of effort and time into what you see, Atomic Atsuki is just barely starting!

There is a lot more to do and I am working towards the company’s next goal which is to have more cool products and to connect with people who like what we are doing because that’s what it’s all about it. 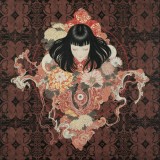